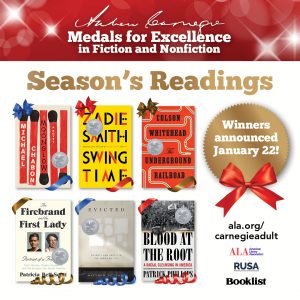 I invite you to volunteer for one of RUSA’s committees or a section committee.

There are so many ways to get engaged and serve our community of over 3,000 members. Check out the RUSA committee list  or look for committees under RUSA Sections. Volunteers must be RUSA members. We need people with many different talents and interests.

You may also email me, Chris LeBeau, lebeauc@umkc.edu, and tell me about your experience and what you would like to do. Likewise, feel free to contact section vice-chairs to express your interest:

For book lover volunteers
Many members are interested in serving on the Notable Books Council. The number of volunteers far outnumbers the slots for this committee. As an alternative consider our Listen List, the Reading List, the Sophie Brody award, and all the other awards on our RUSA Awards page. All provide excellent experience in book reviewing.

Thank you again to all our current, past and future volunteers – you are truly what makes RUSA such a wonderful place to belong! We couldn’t do it without you.

Thank you in advance, 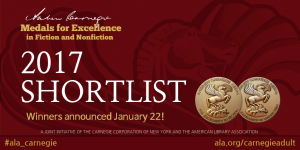 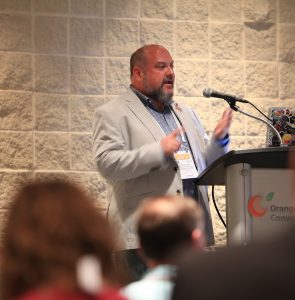 Room W110B in the Orange County Convention Center was packed tighter than Disney’s Bibbidi Bobbidi Boutique on the first day of summer vacation. Instead of magical pixie dust, RUSA chose Dave Cobb to make every-day librarians into user experience designers, all with the click of his mouse.

“We tell stories in physical places,” he said, as photos of colorful museums and libraries splashed across the screen in perfectly timed clicks.  As the vice president for creative development of Thinkwell Group in Los Angeles, Cobb has spent years designing roller coasters and attractions for theme parks.  “People often say that I design roller coasters.  No.  I tell  stories  with roller coasters. Libraries are no different. We need to understand the user. Our audience has an audience.”

He suggested asking,  “What is unique about your location?  Who is your audience, and what are their expectations of your library? How are you inviting your audience to take ownership of their library?”

In telling stories, librarians can create Be Our Guest: Create Your Own Pixie Dust at the Library an emotional resonance with patrons, thus inspiring them to tell their own stories.  To illustrate, Cobb filled the screen with swimming metaphors: “waders” being the largest audience, “swimmers” being most curious, and “divers” being true fans – his message being that one should design library spaces for all three types of users. He added a new category of “mer-people,” speaking of those who have been submerged too long. (Which is probably how most librarians feel after a long day of meetings and toting free books from the Exhibits.)

“Pay attention to the employees,” Bell suggested. “Fix what is broken. Change can’t just be at the circulation desk. You are all user experience designers.” See? No pixie dust needed. Thanks, RUSA.